Burglary Over Two Decades of Trial-Tested Experience On Your Side 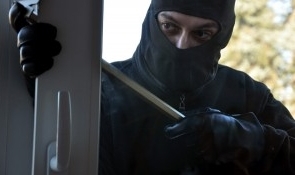 Burglary is defined as entering a structure (office), dwelling (home), or vehicle (conveyance) without consent and with the intention to commit crime therein.

Penalties for Burglary in FL

In Florida, the legal penalties for burglary depend upon the type of burglary committed. For example, burglary of a conveyance/structure is considered a third degree felony, which is punishable by up to 5 years in prison, 5 years’ probation and a $5,000 fine. Burglary of a dwelling is a second degree felony punishable by 15 years in prison. Many times, a charge of burglary will be accompanied by additional charges of theft or grand theft which only adds significant potential penalties.

The third type of burglary charges is burglary with assault/battery or armed burglary. These charges are felonies of the first degree punishable by 30 years in prison. Armed Burglary carries a minimum mandatory prison sentence, which can range from between 10-20 years. Apart from prison time penalties can include lengthy periods of probation and heavy monetary fines.

Whether you are a suspect in an investigation or you have already been arrested on a burglary charge, make sure you hire an experienced burglary lawyer who will aggressively defend your burglary charges.

The Wiseman Law Firm will help you every step of the way. We have over 15 years of legal experience and will help you understand the charges you face and will design an aggressive criminal defense plan that will be specially tailored to get the best result possible.

Contact us today to get your free initial confidential consultation.