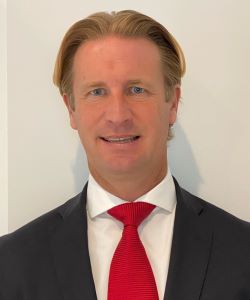 Get to Know Simon Wiseman

A Reputation of Hardwork and Success

Simon Wiseman was born in a small town on the outskirts of London, England. Simon arrived in the United States of America 24 years ago on a college soccer scholarship. After successfully captaining his college soccer team and graduating with honors in English literature, Simon went on to law school at Stetson University College of Law.

On May 1, 2012, Simon formed The Wiseman Law Firm, a boutique criminal defense law firm which prides itself on defending individuals accused with all sorts of crimes.

Away from the practice of law, Simon enjoys spending time with his wife, Kelly, and son, Ethan. Simon has been active in coaching children's soccer in Central Florida for over 19 years. He also enjoys running, playing golf, snow skiing, soccer (coaching children and playing), and tennis.

After graduating from Stetson in May 2000, Simon followed his passion for trial work by joining the State Attorney's office in Orlando, Florida as a prosecutor. During his time as a state prosecutor, Simon was lead trial counsel in approximately 40 jury trials, including a murder trial and a high profile prosecution of a police officer In Osceola County, Florida. After leaving the State Attorney's office, Simon joined a prominent Orlando law firm, where he spent 3 1/2 years gaining further trial experience as a personal injury and commercial litigator.

With over 18 years of experience, Simon is admitted and licensed by the Solicitor's Regulation Authority as a Solicitor (lawyer) in England and Wales, which allows him to practice law in both England and Wales. Simon represents English, Welsh and Scottish clients who have suffered a personal injury while in America. Most of his English, Welsh and Scottish clients go back to the United Kingdom to treat for their injuries. Knowing that Simon is a solicitor gives his clients from the United Kingdom comfort and confidence. Also, they know he understands the complicated web of socialized medicine (National Health System).

If you are in need of an attorney, don't hesitate to contact The Wiseman Law Firm today. Our firm is available 24/7 and offers free consultations.